Effectiveness of Testing and Mitigation Your Home for Radon

DIY Home Ideas  > How to improve radon test results, Radon mitigation and abatement, What is radon >  Effectiveness of Testing and Mitigation Your Home for Radon

Effectiveness of Testing and Mitigation Your Home for Radon 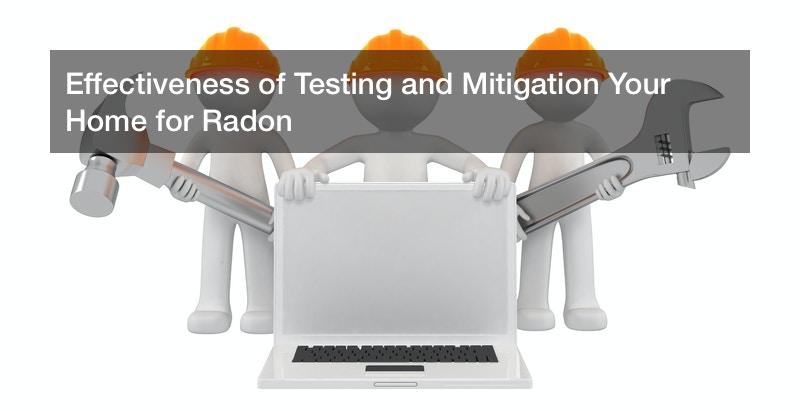 Cancer is the second leading cause of death in the United States with lung cancer accounting significantly to the statistics. That’s why in addition to quitting smoking, you must test your house for radon, which is the leading contributor to lung cancer in the United States. If you reside in a house high radon levels, your chances of developing lung cancer become high and the only way to determine radon exposure is to consider radon testing and inspection.

Radon, a harmful radioactive gas, is formed by the chemical breakdown of radioactive metals in rocks, soil and groundwater. Exposure to radon is primarily through contaminated indoor air that seeps through wall cracks and gaps in buildings and homes. However, this naturally occurring element exposes virtually anyone on earth.

Radon mitigation and abatement services are particularly important to determine the radon level and equally reducing it to recommended levels. Are you at risk of developing cancer from radon? The risks depend mostly on? Radon testing companies

If you’re exposed to a high level of radon in your living spaces, smoke cigarette, or anything else, or use wood and other fuel that produces smoke, you risk developing lung cancer.

If you’re looking to move to a new house or selling your home, you may want to conduct radon testing to determine the level you are exposed to. The following are steps you need to take measure and reduce radon levels in your home.

Determine the Presence of Radon
The first step is to conduct at least two tests before developing techniques for reducing radon levels. It is recommended as it helps to identify the radon levels and eliminate inconsistencies. Most radon testing companies advocate for continuous radon testing and monitoring.

Find a Reliable Radon Testing Company
Some of the radon mitigation measures you can execute without the need of hiring a professional, they include sealing cracks and gaps on walls and in the foundation, improving indoor air quality through natural ventilation such as windows and door, as well as pressuring the indoor air with fans and HVAC systems.

For major fixes, however, the EPA advocates that you hire a radon mitigation expert who may also have to install a radon mitigation system. A complete system is made of vent pipes, fan and proper sealing of cracks. The system is designed to collect radon gas within the house and underneath the foundation and vents it outside.radon testing companies.